Codeine addiction can cause health problems that are not always easily remedied. Because of the dangers overusing codeine can pose to your health, codeine addiction should be treated as soon as possible in order to avoid more consequences. 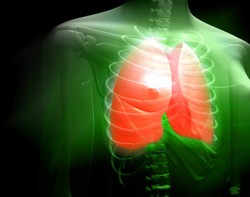 Respiratory depression is an effect of codeine addiction.

Codeine abuse can cause “slow or arrested breathing,” according to the NIDA. This occurs because opioid drugs like codeine, which is a natural opiate, slow down a user’s bodily functions, sometimes to dangerous levels. Respiratory depression caused by codeine can even lead to other issues like coma and death, especially if the person overdoses on codeine “combined with alcohol or other CNS depressants.”

The health effects of this can be remedied if the person is brought to the hospital quickly enough (where they will likely be given Narcan, a drug with opiate antagonist effects), but some people suffer other issues as a result. Death is a serious possibility of the respiratory depression caused by codeine overdose. According to the NIDA Teen, “Taking just one large dose could cause serious breathing problems that lead to death.”

Depression of Other Bodily Functions

Codeine and other opioids can depress other bodily functions as well. The NIDA states that they can “lower pulse and blood pressure,” which can be dangerous for the health of the individual when a person is taking codeine constantly. A person’s thought processes will also slow down and they may become sleepy, confused, or relaxed. This can be very dangerous if the person is not in a safe place when it occurs.

Many people are only thinking about the euphoria they feel when they are taking codeine and other opioids, but many of the body’s functions slow down and, like breathing, can even stop.

Constipation and Other Issues

Issues which may just seem like uncomfortable side effects to a person with a codeine addiction could actually become very painful and even unhealthy the longer they go on. For example, constipation is an extremely common effect of taking opioid drugs, and someone who is addicted to codeine will be no exception. Over time, constipation can cause gastrointestinal issues and make a person very sick.

According to the NLM, regular codeine use will cause other side effects such as:

For someone who is abusing codeine, these issues will merely become worse and worse over time.

The effects codeine addiction has on your mental health are also dangerous. Someone who is addicted to a substance will begin to only think about getting more and taking more, leading to other psychological issues such as:

According to the NIDA, “drug abuse and addiction have so many dimensions and disrupt so many aspects of an individual’s life.” A person’s physical health isn’t the only thing to suffer, and because addiction is considered “a brain disease,” it will lead to the person eventually not being in control of their own actions and cravings, only thinking about wanting more of the drug.

Codeine addiction is a serious issue and one that will affect your health in many ways. Seeking treatment as soon as you realize the need could prevent many of these problems from happening in your life.