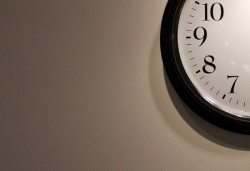 Withdrawal symptoms will dissipate before you know it!

The brain naturally develops a high tolerance for codeine’s effects over time. As tolerance levels rise, brain cells weaken in their ability to function and so become less sensitive to the drug’s effects. In turn, users must continue to take larger doses to experience the same expected drug effects.

According to the U. S. National Library of Medicine, codeine withdrawal symptoms can develop when –

Codeine withdrawal develops out of the brain’s physical dependency on the drug’s effects.

People coming off severe codeine addictions may well see this timeline extended depending on the length of time they used and the dosage amounts ingested. Chronic users will also likely experience a post-acute withdrawal stage that can last for several months thereafter. While acute withdrawal symptoms are mostly physical in nature, post-acute withdrawal has more to do with psychological symptoms, such as depression, anxiety and an all-consuming feeling of discontent.

While codeine withdrawal can be an unpleasant experience, it’s not life threatening. Symptoms experienced at the outset of withdrawal include –

Symptoms experienced after the first few days include –

In effect, symptoms experienced in withdrawal demonstrate the widespread chemical imbalances that result from codeine abuse.

While not life threatening, codeine withdrawal symptoms can easily drive a person back to drug use. For people who’ve made it through the first one or two weeks of detox, relapse at this point comes with a high risk for overdose.

During detox, the brain’s tolerance level for codeine drops considerably. Someone who ingests the same amount of codeine as before will overwhelm brain functions to the point where the risk of respiratory failure is high.

For these reasons, anyone considering detox may want to seek out professional help through a drug treatment program.