What is Codeine Withdrawal?

Drugs containing codeine can be found in the local drugstore as well as obtained through a prescription from the doctor. While codeine does a good job at relieving pain symptoms, long-term use of the drug can cause some unforeseen problems.

Codeine, one of many opiate drugs, carries a high potential for abuse when used for prolonged periods of time. According to the National Institute on Drug Abuse, opiate-type drugs accounted for the largest percentage of drug treatment admissions in 2008. 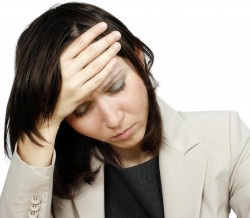 Withdrawal is your body’s response to not having codeine in its system anymore.

According to Elmhurst College, codeine directly interacts with the brain’s central nervous system causing the release of abnormally high levels of neurotransmitter chemicals. As with any opiate drug, codeine should only be used on a short-term basis or else codeine dependency will set in.

Once the brain and body become dependent on the drug, codeine withdrawal symptoms soon develop. Continued use of codeine will only increase the body’s dependence and intensify the level of withdrawal symptoms experienced. In most cases, codeine dependence marks the first stage of a growing addiction problem unless a person makes a concerted effort to stop using the drug.

Under normal conditions, the brain secretes neurotransmitter chemicals on an as needed basis, such as when a person is under stress or when relaxing. With ongoing codeine use, brain cell receptor sites start to weaken and eventually malfunction from excess use.

The weaker brain cell sites get the more intense a person’s withdrawal symptoms will be. For long-term codeine users, withdrawal effects develop regardless of how often a person uses since brain cells have already undergone considerable damage.

Symptoms of codeine withdrawal typically develop with six to 24 hours after a person stops using, whereas long-term users experience withdrawal effects on an ongoing basis.

Withdrawal symptoms most often experienced include –

For people who take codeine to manage moderate to severe pain symptoms, codeine withdrawal can be further aggravated by a condition known as opioid-induced hyperalgesia. According to the Substance Abuse & Mental Health Services Administration, opiate-induced hyperalgesia has to do with pain symptoms becoming progressively worse as a result of ongoing codeine use.

In effect, areas affected by pain become even more sensitive, which in turn increases the intensity of pain experienced. While many people may opt to increase their codeine dosage amounts, this will only make things worse. Ultimately, a person will need to undergo a complete detox before codeine will produce the desired pain-relieving effects.