Understanding Codeine Tolerance and its Dangers

Codeine tolerance can occur whether you are already abusing the drug or not, which is one of the reasons why it is dangerous. If you are taking codeine as a long term treatment and you are beginning to feel that the same amount of the drug you once took is not causing the same effects for you anymore, you are experiencing codeine tolerance. 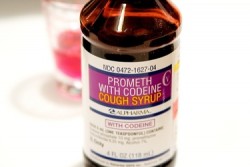 Codeine tolerance can occur during long term treatment for pain or coughing.

Codeine Tolerance as a Part of Treatment

Someone who takes codeine as a treatment for pain or coughing will likely experience codeine tolerance after a while. According to the NLM, “When codeine is used to treat pain, it works by changing the way the brain and nervous system respond to pain.” This means that, over time, the brain will likely not respond to codeine as strongly as a pain reliever, and you will feel that you need more of the drug in order to feel the same pain relief.

This is a normal part of opioid treatment for pain. Many people experience it. The issue is that it can be very dangerous if not handled properly. While tolerance building up in your system is normal with chronic use, you must remember these steps to avoid the dangers of codeine tolerance:

If you follow these rules, you should be perfectly fine, but codeine tolerance can lead to abuse, addiction, and other dangers if you are not careful.

If you start to take more codeine or take it more often than prescribed, it doesn’t matter if you are doing so and still feeling the same effects; you are abusing the drug. If you feel this is necessary, you should speak to your doctor but do not deviate from your prescription without your doctor’s permission. Codeine abuse can become very dangerous and lead to even more problems.

According to the NIDA, “Codeine is an opioid that can produce relaxation and euphoria when consumed in sufficient quantities.” If you take the drug for these reasons and realize that you soon are unable to stop on your own, you have become addicted to codeine.

Codeine addiction can only be made worse by a steadily growing tolerance, and for someone who started out abusing the drug, tolerance is usually a sign of addiction. This is often the shift from when casual users become addicts.

Becoming tolerant to codeine makes the risk of overdose much higher. A person may start to take more of the drug in order to feel its effects and not know how much to take. Codeine overdose can be fatal, with the depression of the central nervous system often causing respiratory failure, and tolerance only heightens the risk of this outcome.

Many people even overdose on codeine after withdrawal because of tolerance. As stated by the NLM, “Because withdrawal reduces your tolerance to the drug, those who have just gone through withdrawal can overdose on a much smaller dose than they used to take.” In fact, this is how “most opiate deaths occur.”