More oftentimes than not, the time it takes become addicted to a drug runs much shorter than the time it takes to recover from addiction. The codeine withdrawal symptoms experienced during detox mark the first stage in the recovery process.

For long-time users, codeine has essentially taken over essential brain chemical functions and exerted a cumulative effect in the process. Compared to someone who’s only been using for a couple months, the timeline for codeine withdrawal symptoms will likely run longer for the long-time user.

Fortunately, the detox stage only last for so long so those starting out in recovery can expect the timeline for codeine withdrawal symptoms to run its course within a predictable timeframe. Knowing what to expect along the way and knowing there’s an end in sight can help ease the process along.

Like most other opiate-type drugs, codeine intercepts the brain’s incoming pain signals and produces it’s own pain-relieving effects. In the process, codeine disrupts the brain’s chemical processes, which normally coordinate pain signal transmissions and regulate pain symptoms. When used for recreational purposes, codeine works in the same way.

Codeine’s ability to interfere with normal brain chemical processes ultimately works to offset the brain’s overall chemical balance, according to the National Pain Foundation. Over time, a physical dependency develops leaving the brain unable to function normally without codeine’s effects.

The brain also develops a growing tolerance for codeine with continued use, which means increasingly larger doses must be ingested to deliver the same desired effects. Codeine withdrawal symptoms result from the brain’s physical dependency and increasing tolerance levels. 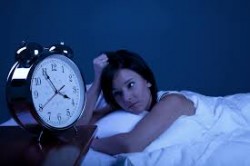 Symptoms experienced during phase one include –

During phase two, the brain and body begin to restore normal chemical processes with symptoms being less intense than the previous phase. This phase can last as long as two weeks and may include the following symptoms –

Phase three codeine withdrawal symptoms become more so psychological than physical at this point, though this phase typically runs the longest. Symptoms may persist for as long as two months, some of which include –

In general, the higher a person’s tolerance levels the more severe the addiction as dosage amounts have increased considerably over time, according to the University of Utah. Couple this with long-term drug use and a person will likely experience yet another phase of codeine withdrawal symptoms known as protracted withdrawal.

During the protracted withdrawal phase, brain chemical processes are still working to reach a state of chemical balance. Protracted codeine withdrawal symptoms can last anywhere from six months to a year. Symptoms experienced include –

While symptoms will typically be less intense, they do entail a certain degree of psychological distress.