Codeine is a prescribed, short-acting narcotic which is commonly used as an analgesic in the treatment of pain for a patient. Overall, codeine is highly addictive even when used legitimately. Codeine drug abuse has a way of leaving the abuser with a sense of calm or euphoric feeling. The effect of this sense of calm has a tendency to make the abuser crave this feeling time and time again which can lead to the addiction. The abuser will start to use the codeine as a way to manage other issues that affect their daily lives such as emotional stress due to the sense of calm that they feel when they use it.

Typically people who abuse codeine will also abuse other drug in conjunction to intensify the effects on their system. The effect of combining these drugs can be devastating on a person’s body. It could present major health risks to the person as it can lead to respiratory depression, a heart attack or even a coma if a person ingests high doses. If you look at the data from a 2012 survey done by the Substance Abuse and Mental Health Services Administration you will see an increase from 2011 to 2012 of codeine abuse in the category of people who were 26 years and older. Mostly due to the abuse of prescription medication and the access they have to it. Codeine abuse has a variety of side effects that can impact a person abusing it in several different ways. 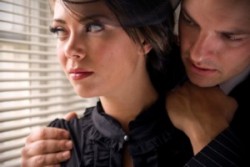 Codeine abuse can damage your relationships.

Codeine abuse has become increasing more common and is now second only to marijuana use or abuse. The drug, when used appropriately, is a very effective narcotic, which is used in the treatment of pain however, codeine should only be used short term and never for a patient who has had any type of issues with addiction.