Signs of a Codeine High

According to the NIDA, “Codeine is an opioid that can produce relaxation and euphoria when consumed in sufficient quantities.” For this reason, many individuals abuse the drug in order to experience the high it can cause. Taking large doses of codeine (even in its cough syrup form) is extremely dangerous and can lead to harmful, even deadly, side effects. Recognizing the signs of a codeine high can help you protect an individual who may have endangered themselves by taking too much of the drug or help someone who needs treatment for their constant codeine abuse.

What are the Signs of a Codeine High?

Those who commonly abuse codeine may call it by several street names including cody, captain cody, or schoolboy. When the drug is abused in its cough syrup form, it is often called lean, sizzurp, and purple drank. This latter version of abusing the drug is often extremely dangerous as many individuals mix codeine cough syrup with alcohol. This intensifies the effects of the drug. 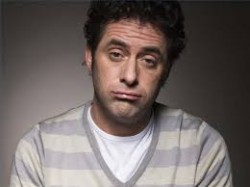 Signs of a codeine high include relaxation and/or drowsiness.

Because abusing the drug can be dangerous, it is important that you are able to recognize the signs of a codeine high. These include:

A person may display any and all of these symptoms at some point during a codeine high. The drug often makes individuals feel a heightened sense of well-being while also causes them to become very fatigued or sleepy. Because of this combination, the person will not want to do anything and will display apathy toward other activities. Also, the high will interfere with their ability to think, problem solve, and concentrate, and they will be come confused easily.

Because of these side effects, individuals who are high on codeine should not operate machinery, drive, or do anything that can harm themselves or anyone else. Look for these signs and help the person avoid any potentially dangerous actions when they are high on the drug.

Signs of an Extreme Codeine High

One sign that a codeine high has become dangerous is if the person’s pupils become extremely small. They will constrict during any type of opioid high, but pupils the size of a pinhead are a sign that the person’s intoxication has crossed into overdose. These are called pinpoint pupils, and they are the sign for which doctors look to determine whether or not an individual has overdosed on opioids.

Another is that the person’s breathing has become incredibly slow, shallow, or raspy. This can be a sign that they are not getting enough oxygen as a result of the drug slowing down their body’s functions. Extremely slow respiration can quickly lead to brain damage, heart failure, and death. Some individuals will even stop breathing altogether. It is important to monitor a person’s breathing in order to know how dangerous their codeine high has actually become.

The signs of a codeine high are fairly easy to recognize and are similar to those caused by other opioids. When the drug is abused for its euphoric effects, it often becomes dangerous, and knowing the signs can even help you save someone’s life.