Codeine, one of a variety of opioid analgesic drugs, works well as a pain-relief agent, though not so well as a recreational drug. The recreational or nonmedical use of codeine and drugs like it have accounted for steadily increasing rates of overdose over the past decade.

According to the Substance Abuse & Mental Health Services Administration, codeine overdose contributed to the twofold increase in prescription opioid overdose deaths between the years 2001 and 2010, with 2010 seeing an estimated 17,000 fatalities. Part of the reason for this increase has to do with the fourfold increase in opioid prescriptions over the same time period.

Codeine’s effectiveness as a pain-relief agent directly ties in with the dangers associated with overuse. When used in excess, codeine overdose incidents develop out of the same mechanisms that relieve pain symptoms. The effects of codeine overdose can take a range of forms, up to and including death. 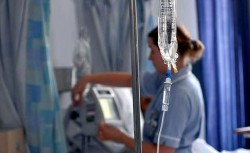 An overdose on codeine can put a person in a coma and lead to death.

When ingested, codeine relieves pain sensations by intercepting nerve signal transmissions throughout the central nervous system. It does this by stimulating the release of neurotransmitter chemicals in the brain. These same processes also produce feelings of euphoria and relaxation.

Over time, the brain develops a tolerance to codeine’s effects and requires larger quantities to produce the same effects. Neurotransmitter chemical imbalances start to form as the brain’s tolerance levels rise. These imbalances disrupt normal central nervous system functions, some of which include –

Someone experiencing codeine overdose may display one or more of the above symptoms. Someone with a pre-existing medical condition will likely develop symptoms in areas most affected by the medical condition.

While chronic and long-term drug use greatly increases the risk of codeine overdose, any dosage amount that overwhelms the brain’s ability to regulate vital bodily processes can result in death. This is especially the case when it comes to the body’s respiratory functions.

More than anything else, overdose fatalities take the form of respiratory distress where the brain can no longer regulate the body’s respiratory processes. In effect, codeine’s depressant effect has slowed respiratory functions to the point where the lungs are no longer breathing. Under these conditions, unless a person receives immediate medical attention, the likelihood of death is high.