Although codeine occurs naturally, in opium, most codeine is synthesized from morphine for pharmaceutical purposes. It is a Schedule II narcotic in its purest opiate form and in less than 90 mg per dose, it is Schedule III drug. Codeine products are often used to treat pain and may be combined with other ingredients such as acetaminophen or aspirin. Codeine cough syrup has been a major concern for abusive behaviors that can be fatally dangerous. Although only available by prescription, codeine is used for many other medical purposes and the drugs are often diverted for abuse.

Codeine affects the brain and central nervous system by depressing responses to pain and cough stimuli. It produces euphoria, drowsiness, sedation, dizziness, impaired coordination, and confusion in addition to the pain and cough relieving effects. This makes codeine a highly abusive and dangerous drug. Excessive and repeated use of codeine can cause physical dependency, lead to other abusive behaviors, and cause overdose.

As a central nervous system depressant, codeine should never be used with alcohol, other CNS depressants, sedatives, or tranquilizers. Antihistamines are also dangerous mixtures with codeine and these combinations can be lethal in high doses. According to the National Institute on Drug Abuse, “Deaths from prescription opioid medications now outnumber overdose deaths from all other drugs (including cocaine and heroin), and codeine-promethazine cough syrup has been linked to the overdose deaths of some prominent musicians.” 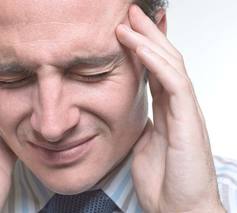 Some side effects of codeine can be serious and should be attended to.

Codeine-promethazine cough syrup combines the opiate, codeine, with the antihistamine, promethazine. Both medications are central nervous system depressants. “Sippin on syrup” has become a popular trend and abusers are able to drink the syrup straight, mixed with other liquids, flavored with candies, or combined with other ingredients, including other drugs and alcohol in groups or night clubs or openly on the street.

Excessive and repeated use of codeine can cause physical dependency, lead to other abusive behaviors, and cause overdose. Common symptoms of nausea, diarrhea, and vomiting can be dangerous if they persist or become excessive and lead to dehydration. Rashes or hives are dangerous symptoms that can lead to hypersensitivity and cause immune system complications.

As a CNS depressant, codeine depresses respiratory and circulatory functions and may result in symptoms of slow or shallow breathing, low blood pressure or slow pulse, and fainting or severe drowsiness and confusion can lead to other accidental injuries. Persisting conditions require immediate medical attention. Other severe overdose symptoms include bluish fingernails and lips, stopped breathing, cold or clammy skin, weakness, sedation, and other cardiovascular complication including cardiac arrest, coma, and seizures. Immediate medical attention is necessary for any of these side effects.