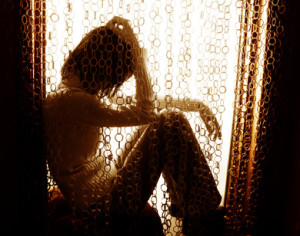 Codeine addiction symptoms will vary from person to person. Codeine is a highly addictive substance that is found in numerous medications. Codeine is used to treat mild to moderate pain and is also used in many medicines that prevent coughing. People that become addicted to codeine, as with other opiates, tend to let the drug control their life and allow their bodies to become dependent on the drug.

Codeine is a depressant which slows down the nervous system of the person’s body who is taking the drug, which results in a person being very drowsy while on the drug.

Multitudes of people who become addicted to Codeine have complained about having the ‘itchies’. One of the side effects of codeine is causing itchy skin and many people who prolong the use of Codeine experience tingling sensations all over their body which causes them to itch their skin frequently.

Since Codeine is an opiate which derives from the poppy plant, a person abusing Codeine will sleep more than usual due to the drug’s sedative properties.

A person who is taking large amounts of Codeine may show a decline in their eating habits. The effects of Codeine affect the brain chemicals and put a person in a very sedative state, therefore a person’s eating habits may begin to dwindle because the person using the drug may have an upset stomach or forget to eat in general due to the effects of the Codeine in their system.

People taking Codeine tend to develop a bluish tint to their lips and to their fingernails. This is a sign that a person is taking Codeine for prolonged periods of time.

The strength of the drug tends to upset people’s stomach causing them to feel nauseous while using the depressant. Nausea also occurs because people forget to eat sometimes while taking Codeine.

Loss of Interest in Hobbies or Work

A person taking Codeine may have dizzy spells frequently and may not be able to do physical activities due to the effects of the drug. Dizzy spells also occur due to a person’s blood pressure dropping.

A person taking Codeine will experienced uncontrollable muscle twitching sometimes which is a sign that the person is taking too much of the drug and they should seek out help.

An individual addicted to Codeine or any Opiate may begin to steal money from people or ask to borrow money frequently so that they can support their habit.

According to www.ginad.org, long term Codeine abuse can cause damage to the kidneys and liver, and the risk of this is because codeine is often mixed with other drugs. Codeine is also harmful for mothers and pregnant women because it can pass through breast milk and it can cause damage to an unborn child.

A person who shows Codeine addiction symptoms should seek out help and research more information about help options so that they can overcome their addiction before it destroys their life.