Signs of a Codeine Overdose

In spite of its appearance on drugstore shelves, codeine, a distant cousin to heroin and morphine, can produce more than a few unwanted effects that lead to abuse and addiction problems. One of the worse effects comes in the form of codeine overdose, a state in which the drug has essentially overpowered the body’s ability to function

In 2007, codeine overdose deaths exceeded the total number of fatalities caused by suicides and car accidents in 20 states across the U. S., according to the University of North Carolina. For people who’ve taken to using codeine for recreational purposes, the risk of codeine overdose increases the longer a person continues to use.

Codeine’s Effects on the Body

As an opiate class drug, codeine acts as a central nervous system depressant, which has a slowing effect on most every brain and body process. According to Elmhurst College, bodily systems most affected by codeine include –

Opiates act on specific brain cell receptor sites that produce the brain’s own pain-relieving chemicals, also known as neurotransmitters. Most codeine products contain an added analgesic ingredient, such as ibuprofen or acetaminophen. These ingredients work to intensify codeine’s overall effects. 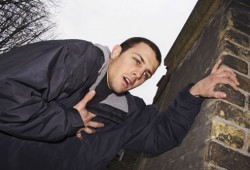 Respiratory depression and cardiac irregularities are signs of an overdose on codeine.

In effect, codeine’s depressant effects can overpower normal regulatory functions and cause signs of overdose to develop. Overdose symptoms affect one or more of the body’s central nervous system functions and may take the form of –

Of all the codeine overdose symptoms, respiratory failure accounts for the majority of fatalities that result from overdose. Any dosage amount capable of overpowering the brain’s ability to keep a certain process running can trigger an overdose episode.

With respiratory failure, codeine’s depressant effects have essentially incapacitated the brain’s ability to keep the respiratory system going. As with all opiate drugs, the brain develops a tolerance for codeine fairly quickly, however tolerance rates move considerably slower for the rest of the body. This accounts for why bodily systems can shutdown while the brain only experiences a sedative effect.

People most at risk of codeine overdose include –

Chronic, long-term users have developed high tolerance levels and usually ingest large dosage amounts at a time. Under these circumstances, the likelihood of taking too large a dose increases with each successive use.

For people coming out of detox, tolerance levels have dropped considerably. If a person were relapse at this point, ingesting a dosage amount comparable to amounts taken prior to detox can easily trigger an overdose event.